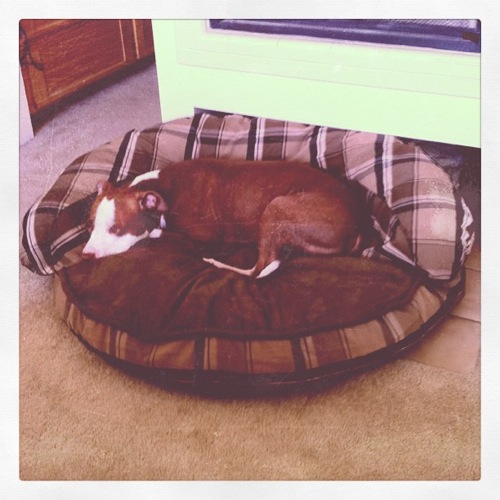 I took my first trip to Costco earlier this afternoon to purchase a membership. On the advice of a couple of friends, my wife was persuaded that the amount of groceries we purchase would easily make up for the price of joining over time. I’m not sure that it ever will, but that probably won’t keep us from trying to milk every bit of savings that we can out of our membership. In addition to an obscenely large bottle of Scotch, we also bought a doggy bed for Alexas that is certifiably many times larger than she is, selling for roughly half the cost on Amazon.

Walking around the massive warehouse, I had several mixed reactions.

My initial thought was “this is exactly why Al Qaeda hates us,” and while the conclusion is dramatic, it’s also quite true. If Costco isn’t the poster child for American opulence, then I’m really not sure what is. By every objective measure, that store is huge. Huge. It’s shelves, which span the entire height and length of the building, are stocked full of every conceivable product one could ever want or need. (Although, there was a notable absence of products from Apple). From discounted computer software to relatively inexpensive and presumably, relatively fresh salmon, the store was a treasure trove of American consumerism. Given economic disparities between countries like America and, say, countries like Afghanistan, it’s easy to see how the seeds of envy, jealousy, and hate could grow. Any ‘reasonable militant’ could simply look at places like Costco (or Sam’s Club, BJ’s, Walmart, Target, etc.), realize that such stores will never exist in her home country, and blame every economic woe on the ‘greedy Americans’ hogging all the goods.

On the other hand, I realize that I’ve used a loaded term, consumerism. In fact, somewhat frightening, and almost certainly annoying protests were held this weekend warning of the coming ‘class war,’ demanding to know ‘which side are you on.’ I fancy myself as more of a Switzerland whenever the class wars are waged, but as an unabashed proponent of the free-market, the libertarian in me responds to the sentimentalist above by noting, “That’s just how markets work. Someone had the idea to form a company based on the concept of selling bulk products to consumers rather than selling to retailers only, and I’ll be damned if the idea wasn’t a smashing success. I will drink my ridiculously inexpensive alcohol tonight, and, accordingly, sleep like a baby – albeit a very drunk one.” The simple point being that if local supermarkets can’t compete, then shouldn’t they go out of business? Why should the market reward inefficiencies?

But again the sentimentalist in me considers that the ground isn’t exactly level at the foot of the economic cross. Companies like Costco can leverage billions of dollars in annual revenue to sell products at deeply discounted prices thanks to their incredibly low product mark-ups. Mom and Pop supermarkets could never compete because they lack billions of dollars to leverage and offer competitive pricing.

And on, and on the conversation goes. I don’t claim to have a solution. If I did have a solution, you could (and should) contact the folks at the Nobel Headquarters, and tell them this year’s Nobel Prizes for peace and economics have all but been picked up. I’d certainly be a more worthy recipient than our hapless President who somehow won the Nobel Peace Prize while orchestrating three wars around the world. Of course, he was only a warmonger twice-over at the time.

Still, the interesting thing about shopping at Costco was the simple fact that no one seemed to be having the internal dialogue above in their heads – except for me. That’s when I realized that I am weird. So, rather than revel in my eccentricity, I happily walked up to the checkout to pay for the doggy bed and scotch, knowing that I would drink the scotch, and knowing that Alexas would still sleep in our bed rather than the doggy bed I had just purchased. In fact, after posing for the photo above, Alexas promptly got up, and lay down on our king-sized bed. And maybe that’s the lesson of consumerism.