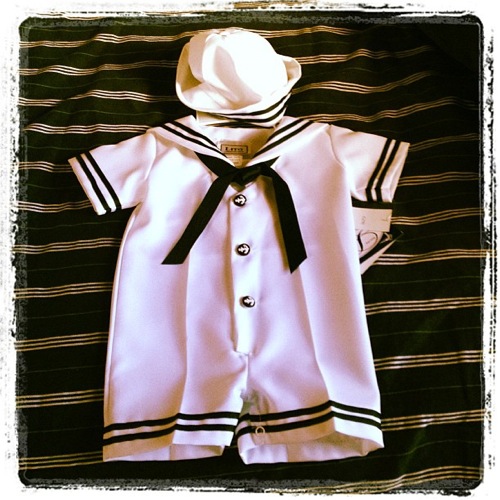 “The people of long ago are not remembered, nor will there be any remembrance of people yet to come by those who come after them.”

We had our weekly doctor’s appointment today. I’ll do my best not to reveal too much information although this is surprisingly difficult to do when discussing a pregnancy. In brief, Gwyn is progressing quite well and is nearing the stages of early delivery. In terms of timeframe, Baby Clark could arrive any day now.

Being the eternal ray of sunshine that I am, his birth triggers a lot of conflicting thoughts for me. Naturally, I’ll start with the more melancholic.

I suppose I turned to the passage above from Ecclesiastes because it reminds me of our collective lot, set amid the vast pantheon of begins who have lived and died on this terrestrial plane, and are now forgotten. Thinking of my son, I want him to exceed this very low bar set by Ecclesiastes. I want his life to have meaning. I don’t want his name relegated to the dusty annals of history. I want him to be…great!

Of course, greatness, by definition, is rare. When I think of the great men of history, I think of Jesus. Thomas Jefferson. John Locke. Bing Crosby. William F. Buckley. Henry Ford. Steve Jobs and even Ernest Hemingway. Just a few names. But all men who lived lives of consequence. Hoping that Clark will assume a post among the great men of time is surely the blind ambitions of a joyful father. Yes, I know that the humble, appropriate thing to do is to pray that he lives a life of character – and I will pray for that. But just for good measure, I’ll tack on a prayer that he live a life of consequence. However that is defined.

I suspect such prayers are what most parents want for their children. Given my present station in life, I feel that this is a bit like the blind leading the blind. But the arrival of children does a strange thing to us parents to be. My life has become less important to me than the reality of my child having a better future. This sentiment so often struck me as a cliché. I’m amazed to know this is what parents really feel. For myself, I merely pray for the vision to help make these things a reality for Clark, even as he charts his own course.

Not all of my thoughts are so morose. The second section of Ecclesiastes takes what has become a circumspect, existential view of life. For me, this means that the best I can do is live in the present – not in hopes of what things might come. The present reality is that my son will be here very, very soon.

As the sun streams through my kitchen window, I have to smile when I think about his tiny feet. Feet that have yet to set foot on this ancient sphere. I think of his tiny fists – fists not clenched in anger but in warmth and love. I can imagine his tiny eyes, not yet fully able to take in his surroundings. Sleepy eyes that have never seen the evil and sorrows of this world.

Simply put, he is pure. Pure in every conceivable, normative sense of the word. An angel. Better still, a son.

One day, we will throw passes in the yard, just as my Father and Grandfather did with me. Perhaps when he’s able to, we’ll read a book together, or settle in for a game of Call of Duty. Maybe when he’s much older we’ll have cigars and scotch on the porch. I hope he likes that sort of thing. For that matter, I hope he will like our pooch, Alexas. She can be rambunctious. Unrelated, I also hope he is a Republican so that we can complain to one another between election cycles. And I hope that I don’t drive him away. But when I do, because it’s inevitable that I will, I hope that he will come back.

But for now, we wait.

Take your time, Dear Son. Enjoy the love of your Mother’s belly. We’ll be waiting to care for you when you come into our World.

One thought on “Thoughts of an Anxious Father”