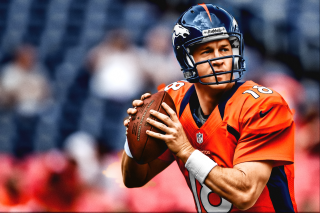 It’s Super Bowl Monday here in New Zealand. In an hour or so, I plan to watch the big game with a buddy – a fellow American who appreciates football in a way that Kiwis simply don’t understand. While I know a number of friends will be cheering on the upstart Seattle Seahawks, just for today, count me among the legions of football fans who will be rooting for one player in particular: Peyton Manning.

By most accounts, Peyton Manning is having one of the greatest seasons in NFL history. Despite a nearly career-ending neck surgery two seasons ago, Manning set NFL records for both yards and touchdowns thrown in a season. Just last week he was named the MVP of the league. Naturally, these are remarkable accomplishments, feats that will surely catapult Manning into the hall of fame as soon as he becomes eligible for induction.

But what struck me about Manning’s monster season is the way that he achieved it. True, the man has a remarkable physical talent. But according to the Wall Street Journal, what sets Peyton apart from other quarterbacks in the league, and perhaps makes him arguably the greatest of all-time is the preparation with which he hones his craft. Of Manning’s preparatory habits the Journal notes:

Manning’s devotion to film study and game-plan ideas keeps the rest of the team up at night. He records voice memos with stray thoughts and sends them to coaches late into the night so everything can be sorted out early in the morning. “He’s really taking advantage of modern technology,” said quarterbacks coach Greg Knapp. “You’ll get a message that says, ‘Let’s do this drill tomorrow; I think my left foot needs to open up more.’ I have my own ideas that he wants to do but he’ll give me that and I’ll say ‘Good idea!”‘

The anecdote above is all the more impressive after considering what Manning has already accomplished. His place in the temple of football gods is already secure. His records this season are forever gilded in the annals of NFL history. He has one Super Bowl to his credit. And yet Manning studies, dissects, and analyzes every aspect of his game until he has an abject mastery over the subject. This type of motivation is the epitome of true excellence – a relentless pursuit of perfection for its own sake.

To some extent, we are all limited by our natural condition and physical capacities. But what Peyton Manning demonstrates is that our preparation and work ethic are aspects of life that are nearly limitless. We can prepare. We can study. We can master the task or opportunity in front of us if we are simply willing to put in the effort to be excellent.

The Wall Street Journal article above calls Peyton Manning “annoying” in his preparation and habits. I think this says more about “us” than it does about him. The simple fact is that there are many opportunities in life to hunker down, work hard, and pursue excellence. But excellence is rare because it’s not often that people put in the work to be great. We choose the path of least resistance. We opt for short-term rewards at the expense of more fulfilling long-term gains. We settle. This doesn’t necessarily make us bad. It just makes us not great.

That’s the funny thing about excellence. When you’re excellent, it doesn’t really matter whether you win or lose.