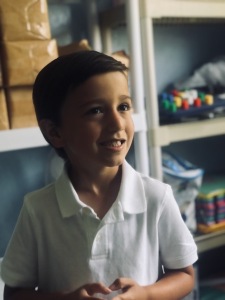 My son was diagnosed with an autism spectrum disorder earlier this week.

While the diagnosis was not a complete surprise, to say that the news was personally devastating would be an understatement. After five years of explaining away the symptoms, after five years of hoping and anticipating that Clark would simply “outgrow” some of his peculiar behaviors, an expert from the University of Indiana’s Riley Children’s Hospital summarily crushed those hopes with the click of a mouse, and the stroke of a pen.

Naturally, I was crushed.

I can’t speak to how other, better parents would have responded to such news. For my part, my mind went into a spiral with a massive, neon “NO CURE” sign flashing before my eyes while I tried to sleep. Mostly, though, I thought about the horror stories of autism that I had read:

I didn’t sleep much on Monday night.

The following day, I spent much of it trying to process the news, and how to sort out my own response going forward. Worrying certainly wasn’t helping.

Rather than worry, I tried to think about the language I would use when describing Clark’s diagnosis in my day-to-day interactions. It seemed wise to use the proper terms – both for my own edification, and given the fact that our society is fraught with offense. These days, people tend to get pissed off by nearly anything that rustles their jimmies. I certainly didn’t (and don’t) want to offend other parents of special needs kids unintentionally. Better to save a good offense for when you mean it.

In coming to terms with the terms of Clark’s diagnosis, the word that wanted glibly to sneak into my vernacular was the word tragedy. The Cambridge University dictionary defines tragedy as follows: 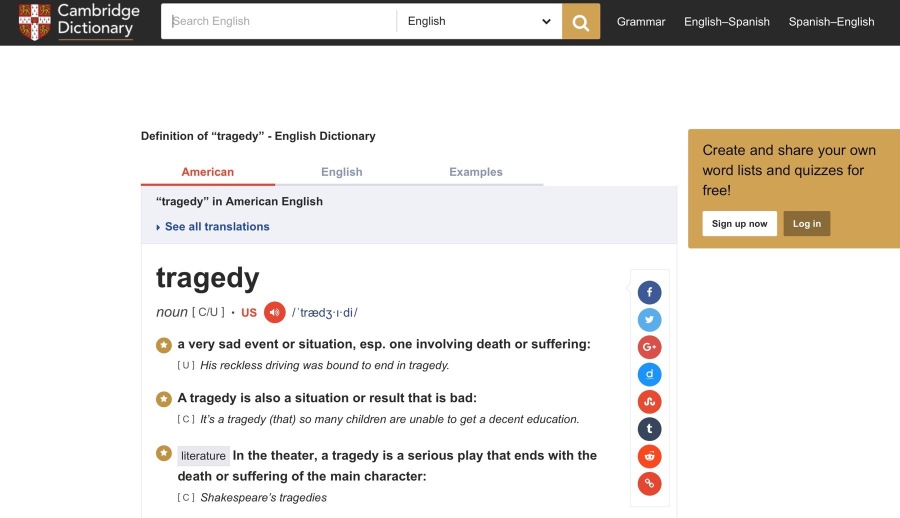 I think the first definition is plainly eliminated. Clark isn’t dying anymore than we are all dying. And if the photo above is any indication, he isn’t really suffering either. His mischievous laugh, and megawatt smile certainly speak to the contrary. The third definition is also eliminated – at least until Clark decides to become an english major during college.

So really, the only way to classify autism as a tragedy is if one buys the second definition, and the narrative that autism is a situation or result that is ‘bad.’ And I’m not really convinced of this either.

It’s very difficult to talk about the results and outcome of a life and call them bad when Clark hasn’t really begun to live. Sure, as life milestones go he was born. He learned to walk. He has mastered potty-training (thank God). He’s even developing speech and language skills. But the rest of the broad canvass that is his life is wonderfully, beautifully blank.

Now, it could be that his diagnosis will enable him to make a positive impact on the lives of many. I suppose it could be the opposite. After all, no one wants to think of raising the next dictator, but somewhere in the world there’s a couple or a parent who is doing exactly that. Regardless, it seems misguided to use a term like ‘tragedy’ to define a life that has not yet truly begun. Clark is five years old. His concerns this summer are when he will go swimming, and whether he can have only two Go-Gurts or perhaps sneak a third during breakfast. It’s a bit dramatic to say that his condition is a tragedy.

Having reached that conclusion I calmed down a bit. I did some more investigating. I was intrigued to see that there are scores of parents and autistic folks who agree that tragedy is NOT how they would describe their lives, or their kids. From one parent, I learned that I’ve basically been doing everything wrong since Clark was born. From another, I was inspired to see that maybe I’m actually doing alright, and that perhaps triumph is a better ‘t’ word to describe Clark.

Given the disparate reactions, I was relieved to confirm a lingering suspicion: no one has cornered the market on how to respond to adversity – particularly when it relates to medical conditions affecting loved ones. And especially situations that no one can control.

In all, I can’t say that I have any more answers than I did almost a week ago Monday evening.

But I can say that I love my son. And that as long as I draw breath, I will strive to given him every advantage that I can, and meet every need that he has. Despite the seriousness of the news, it’s a comfort to see that, in some ways, nothing has changed at all.